Ah, the corporate office building! Alas, many of your employees haven’t basked in its fluorescent glory for nearly two years. Soon, however, everyone will happily huddle once more in that near-windowless, monochromatic hive. After all, the air conditioning needs to blow the stagnant, freezing air of a thousand recycled sneezes down the back of somebody’s neck, or what’s an office for?

Perhaps employees would be eager to return sooner if the office was a place worth returning to. And no, changing the blue-gray chairs to red beanbags isn’t going to do it. You need to improve office health—physically, mentally, aesthetically, and emotionally. Being an air purification company, we can’t help you with interior design or corporate culture (at least not directly); but we can help with the peace of mind that comes from improved air quality.

What is particulate matter? 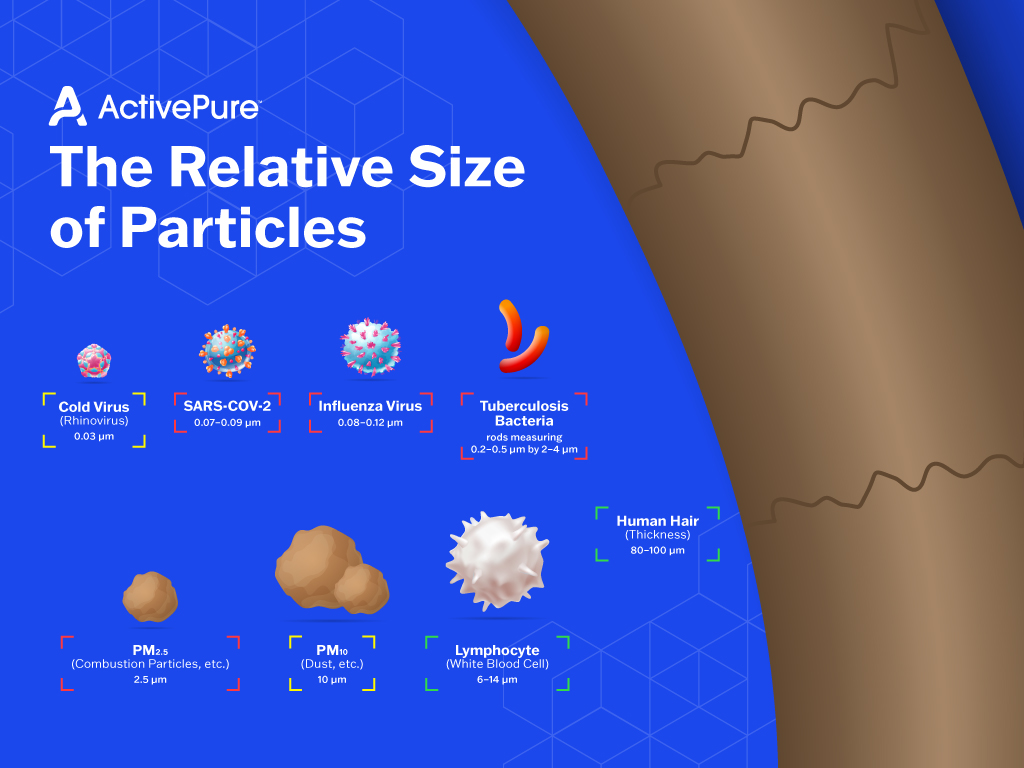 Particulate matter is a mix of liquid and solid particles which are small enough to remain suspended in the air. They come in a variety of sizes. In general, the smaller the particle, the more danger it poses to human health.

Though particulate matter can vary widely in size, regulators and researchers tend to split them into three categories abbreviated as PM10, PM2.5, and PM0.1:

Please note the “or smaller” in the definitions above. Think of PM as a diagram with three circles inside of each other. For instance, PM10 includes PM2.5 and PM0.1, but PM0.1 does not include PM10 and PM2.5. Make sense? (Admittedly, popular usage of PM10 refers to larger particles only, while PM2.5 is used to refer to medium particles only. But scientifically speaking, the three categories nest inside each other like Russian dolls.)

Most large particulate matter comes from natural sources such as dust, pollen, or mold. However, construction, landfills, and agriculture may also contribute.

By contrast, most (but not all) smaller particulate matter tends to come from human activities. PM2.5 (and by extension PM0.1) is created by cars, factories, power plants, road construction, cigarette smoke, trash burning, and many other industrial activities. However, forest fires and sea spray also create smaller PM2.5. 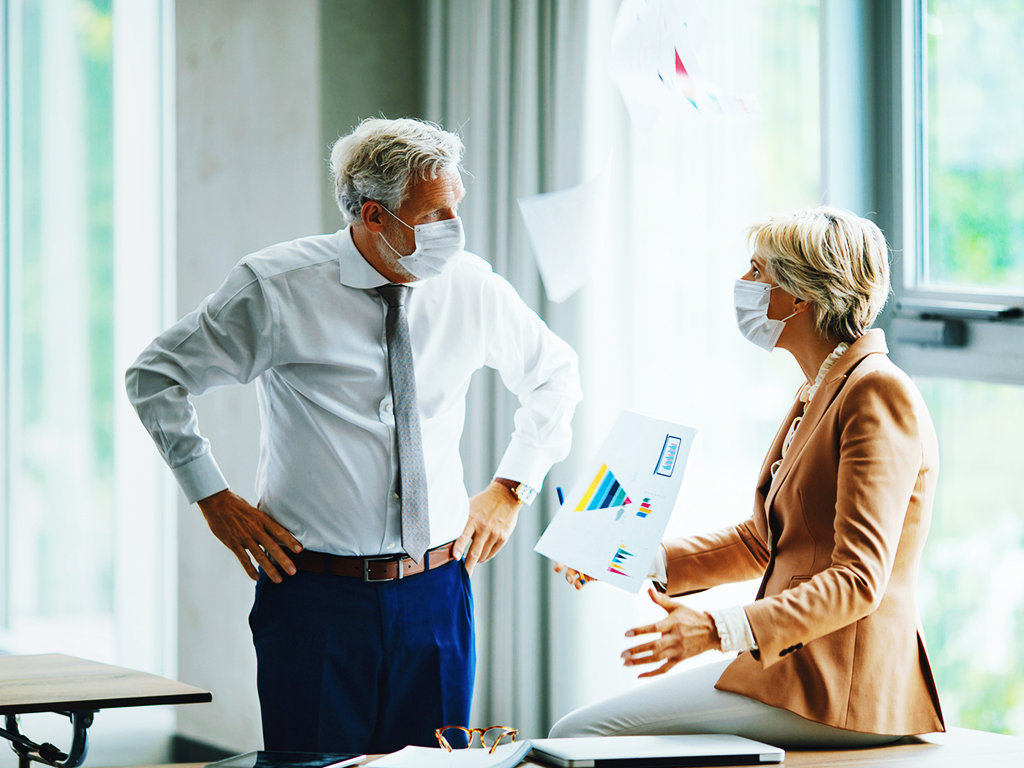 What are the health effects of particulate matter?

PM exposure, both short-term and long-term, can cause a whole range of health problems. Short-term exposure to PM10 is associated with the worsening of existing respiratory symptoms, while short-term exposure to PM2.5 is “associated with premature mortality, increased hospital admissions for heart or lung causes, acute and chronic bronchitis, asthma attacks, emergency room visits, respiratory symptoms, and restricted activity days[...]Long-term (months to years) exposure to PM2.5 has been linked to premature death, particularly in people who have chronic heart or lung diseases[...]” (California Air Resources Board).

Oof, that’s a lot of respiratory and cardiovascular problems! However, exposure to fine particles doesn’t just make your workers sicker; it also makes them dumber. Really!

A study by the Harvard T.H. Chan School of Public Health tested people’s performance on cognitive tests under elevated levels of PM2.5 and carbon dioxide. According to the school’s website, “The study found that response times on the color-based test were slower as PM2.5 and CO2 levels increased. They also found that accuracy on the color-based test was affected by PM2.5 and CO2 levels.” The study did not find the PM2.5 impaired cognition on math-based activities, however “[as] concentrations of both pollutants increased[...]participants completed fewer questions correctly in the allotted test time.”

In other words, if your office has high levels of PM2.5, your workers will not be working as quickly or as accurately as they would in cleaner air.

What does particulate matter cost employers?

PM2.5 health effects result in increased sick time. For instance, in the United Kingdom, the Clean Air Fund estimates that employees took three million sick days per year due to air pollution; (and the UK has fairly clean air compared to some countries). Meanwhile, India—with the fifth-worst air quality on Earth and a much larger population—lost 1.3 billion working days due to air pollution. On top of this, employees without paid sick days miss wages due to air pollution; this costs the consumer economy as a whole.

The United States is not exempt from these effects. A Massachusetts study calculated the cost of sick leave due to poor building ventilation and indoor environmental quality; they found that neglect in these areas cost employers $840 dollars per employee per year or $40 billion on a national scale (adjusted for inflation).

This sick time (plus the aforementioned impairments to cognitive function) results in lower productivity. A study of California pear packers found that an “increase in PM2.5 pollution of 10 micrograms per cubic meter (µg/m3) reduces the productivity of workers by $0.41 per hour, approximately 6 percent of average hourly earnings.”

Well, it’s certainly clear that particulate matter is something you want your employees to breathe in as little as possible. Unfortunately, they’re breathing it in anyway. 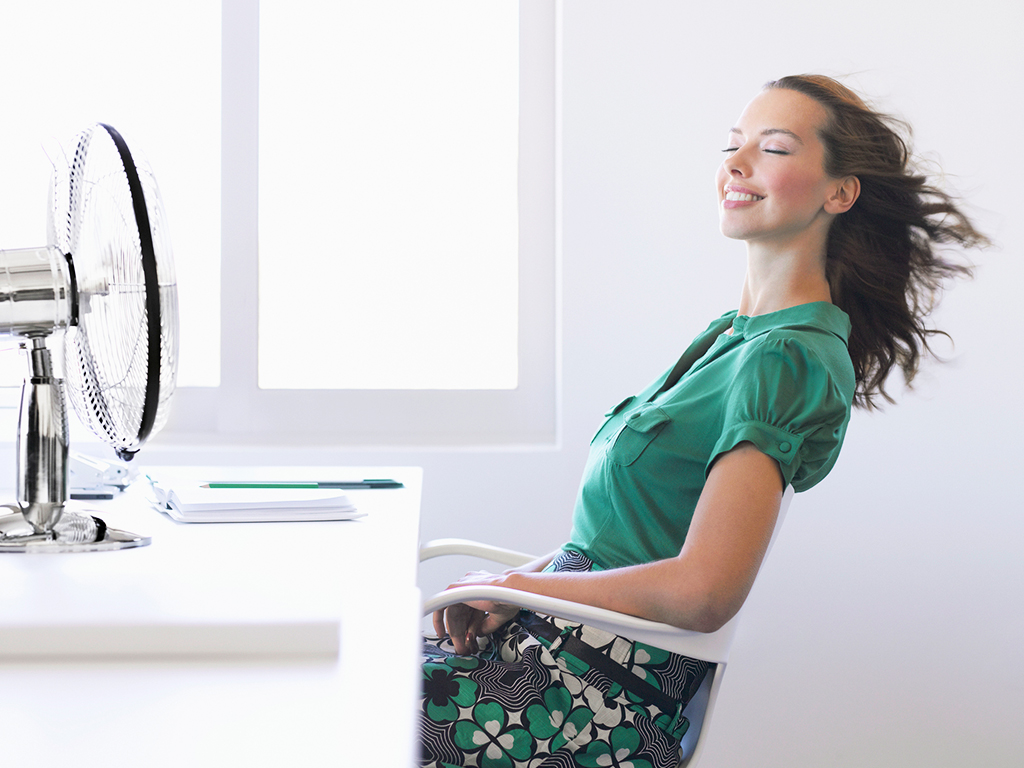 Where does office PM come from?

Particulate matter, as discussed above, can come from many sources. Below are some additional sources of ‘particular’ (pun intended) concern for offices.

However, a 2015 Swiss study of homes found that the correlation between indoor and outdoor air quality was low. According to that study, “Our results show that a careful evaluation of home characteristics is needed when estimating indoor exposure to pollutants with outdoor origin.” In other words, the buildings themselves matter a lot. That brings us to our next point. 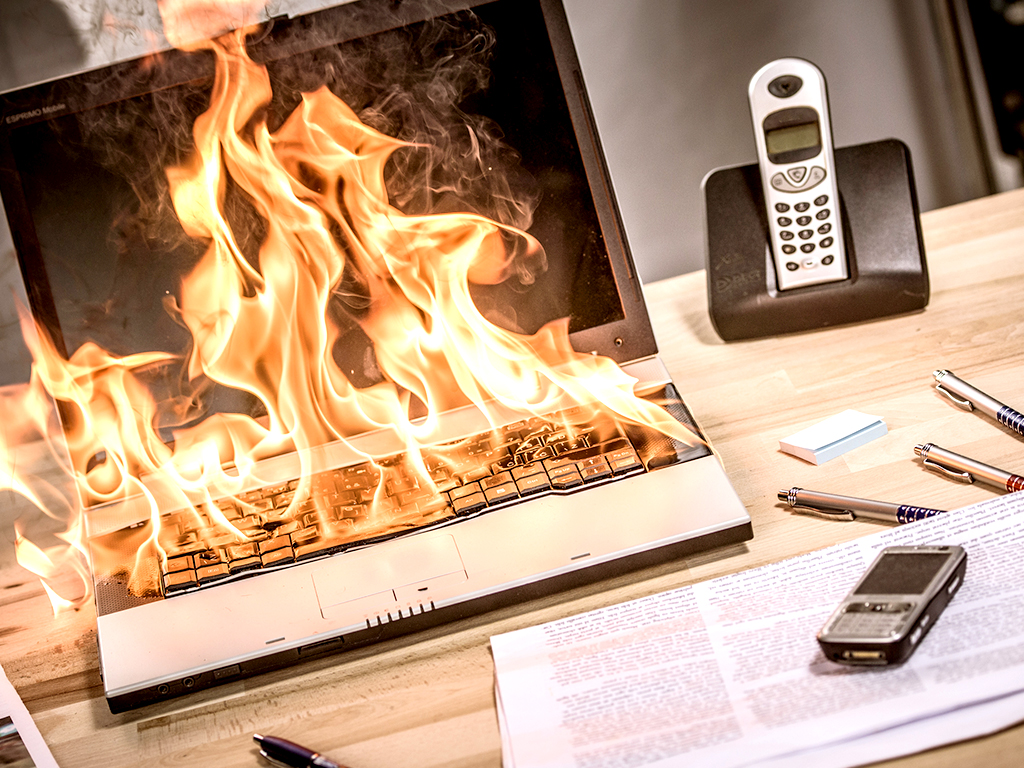 There might be other sources we missed. We don’t know what Tuesdays are like at your office. Image Credit: simonkr / Getty

How can I reduce particulate matter in office air?

You can and should seek to improve the air quality in your office environment. The EPA highlights three methods: source control, improved ventilation, and air cleaners. 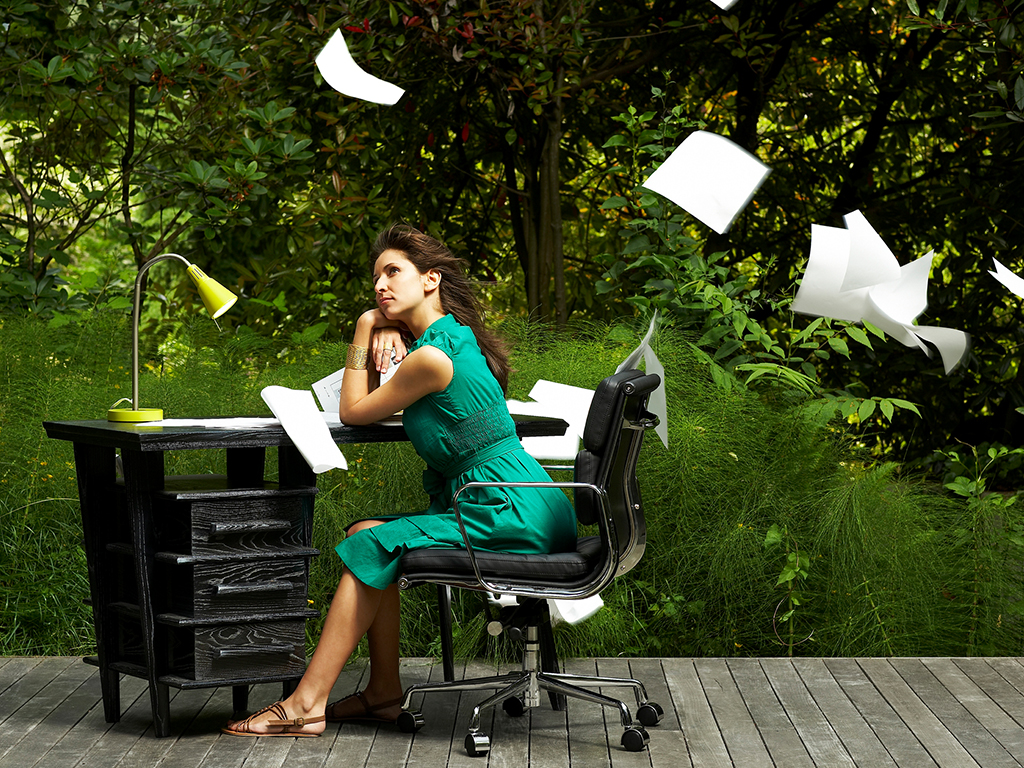 Want help making it happen? Contact ActivePure today. We’ll connect you with a licensed distributor who can advise on the best air quality improvement plan for your office.