You already know much of what you can do to stop the spread of disease: wear a mask, wash your hands, stay home if sick, and get a vaccine (if relevant). What you may not know is there is one other thing you can do: improve your air quality.

There is a solid and surprising link between air pollution and the spread of communicable diseases. Yep, you read that right; air pollution can affect how easy it is for you to catch germs. In this article, we will be focusing especially on how two pollutants—particulate matter and nitrogen dioxide—can raise infection rates in a given area.

What is Particulate Matter?

Particulate matter is a catch-all phrase for everything small enough to be suspended in the air, but which isn’t a gas or a microbe. This includes annoying but relatively mundane things like desert sand, sea salt, pet dander, and pollen. However, it also includes things which tend to be more hazardous, such as smoke from wildfires or exhaust from power plants. Particulate matter also can form from secondary sources, which we will discuss in greater detail later.

The term “PM2.5” refers to particle pollution which is 2.5 microns in diameter. A micron is one-millionth of a meter, and is abbreviated by the symbol (µ). PM2.5 is a commonly-studied size of particulate matter that is particularly hazardous to human health. According to the New York Department of Health: 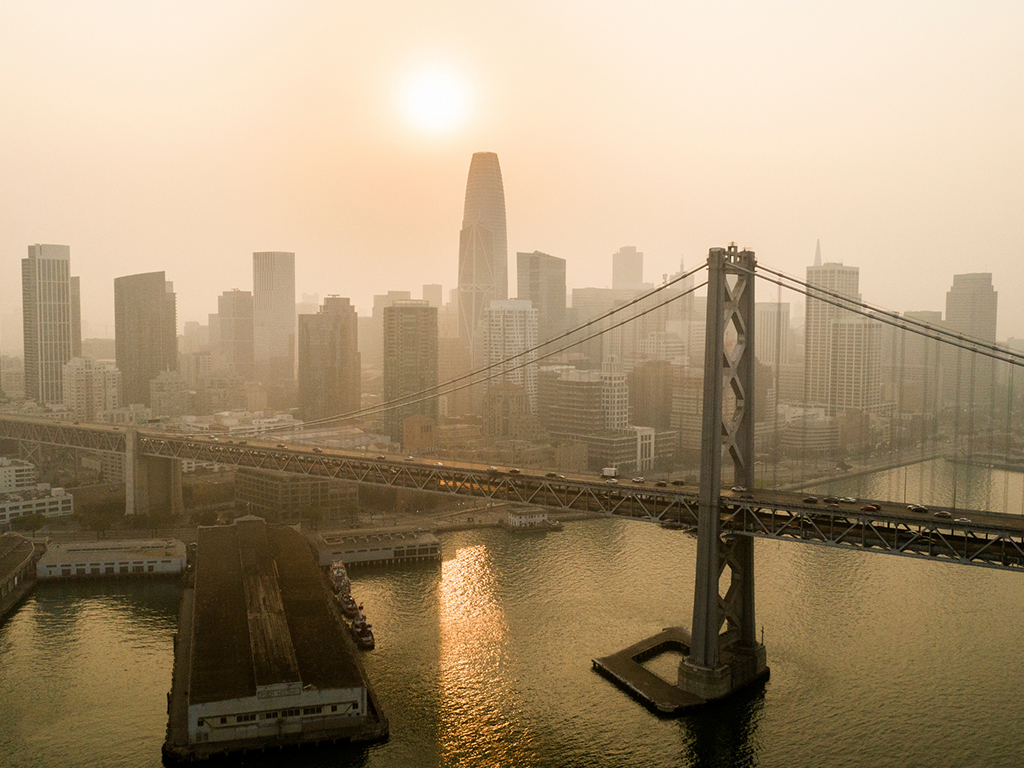 What is Nitrogen Dioxide?

Nitrogen Dioxide (NO2) is a reddish-brown noxious gas and common byproduct of combustion—part of the nitrous oxide family of gasses. Nitrogen dioxide tends to form where there is a great deal of motor vehicle traffic.

According to the EPA, short-term exposure to Nitrogen Dioxide may aggravate asthma, while long-term exposure may cause asthma. It also interacts with sunlight to form ground-level ozone, the major component of smog. NO2 is a major (if indirect) cause of acid rain and the pollution of coastal waters. (Hey, at least it isn’t a greenhouse gas like carbon dioxide.)

Nitrogen dioxide is also a source of secondary particulate matter; (again, more on this later).

With health effects ranging from asthma to premature death, both of these pollutants are pretty undesirable in and off themselves. However, NO2 and PM2.5 are quite ambitious atmospheric supervillains. They also affect the success of infectious diseases in a population. For instance:

That air pollution increases infection rate is a given. Here’s the kicker though: we’re not sure why. Thus, we spent the last two weeks digging into some (very dense) scientific literature to figure it out.

Please note that all of the below are just theories. Air pollution and the human body are both extremely complex systems. Sometimes it is difficult to tell what causes what. However, below we summarize the best guesses of the world’s best and brightest.

To airborne (or aerosol) viruses, particulate matter is better than a brand new public transit system. A 2020 abstract notes that “atmospheric particulate matter (PM) could create a suitable environment for transporting [SARS-CoV-2] at greater distances than those considered for close contact.” As evidence of this, a September 2020 study found SARS-CoV-2 RNA in particulate matter samples from Northern Italy. It's not all about the interaction of air pollution and COVID-19 though. One United States study found a correlation between cases of avian flu in Iowa, and air movements carrying particulate matter between farms.

Black carbon is the primary ingredient in soot. Due to interactions with water, sunlight, and oxidizing agents, black carbon particulates transform to become a larger and more protective environment for viruses (but still likely around 2.5 microns). They also change chemically in such a way that they more easily absorb viruses as they pass through the air. This process is accelerated when there is already a great deal of air pollution in an area. For instance, one study noted the correlation between the stubble burning season around New Delhi, India and the spread of COVID-19 infections in the city.

Many types of bacteria naturally form structures called biofilms in order to protect themselves. A 2017 study found that exposure to black carbon significantly altered how some bacteria build their biofilms. (The experiments were performed on several strains of S. pneumoniae—known for causing pneumonia—and S. aureus—known for causing staph infections.) For instance, s. pneumoniae developed thicker and more complex biofilms, which could promote colonization of the respiratory tract. The experimenters also found that one strain of s. aureus changed in such a way that it required a higher dose of antibiotics to neutralize it.

Full disclosure: the experimenters treated the bacteria with far more black carbon than would be found in the ambient environment. The reason for this is that they were trying to mimic the long-term exposure to black carbon which might be found in the lungs of a person from a highly-polluted area. The study also found that s. aureus biofilms experienced a mix of benefits and detriments from the black carbon exposure. Nevertheless, the increased antibiotic resistance of one s. aureus strain and the increased structural complexity of s. pneumoniae biofilms are sufficient cause for concern.

NO2 can create new PM 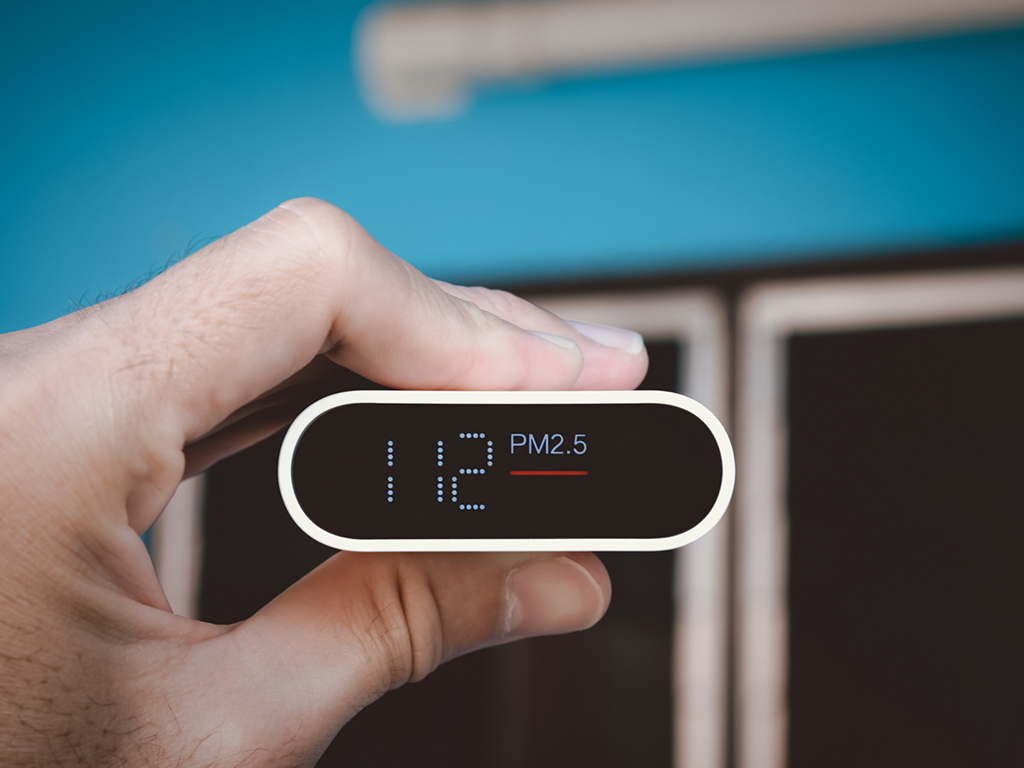 Both PM and NO2 strain the body

We’ve already mentioned how long-term nitrogen dioxide exposure can cause asthma. We’ve also mentioned how PM2.5 can cause or worsen multiple health problems such as asthma, heart disease, and cancer. If you’ve been paying any attention to the news the past year, you’ll undoubtedly put two and two together; the conditions caused by air pollution are also the underlying conditions which can cause someone to become severely ill from COVID-19. In fact, these conditions make it harder to weather many other diseases too, such as the flu.

Of course, this article isn’t about how pollution increases COVID-19 fatality rates, (though there is plenty of evidence for that). What we need to ask is how air pollution’s strain on the body might be related to the infection rate itself.

Quite simply, the human body responds to both indoor and outdoor air pollution as if it is under attack, moving the immune system into high gear:

Note: We’re not certain if nitrogen dioxide produces as extreme a response as particulate matter, but it still produces an inflammatory response. A 2016 paper found that “NO2 increases the release of inflammatory cytokines in human nasal epithelial cells, especially in coexposure” with dust mite allergens”. This is, at the very least, suggestive.

Also Note: The immune system can also go into overdrive drive during severe infection; this overdrive, called a cytokine storm, can damage healthy cells. We strongly suspect that having a cytokine response from repeated exposure to particulate matter might increase the risk of a cytokine storm from a severe case of COVID-19 or flu. 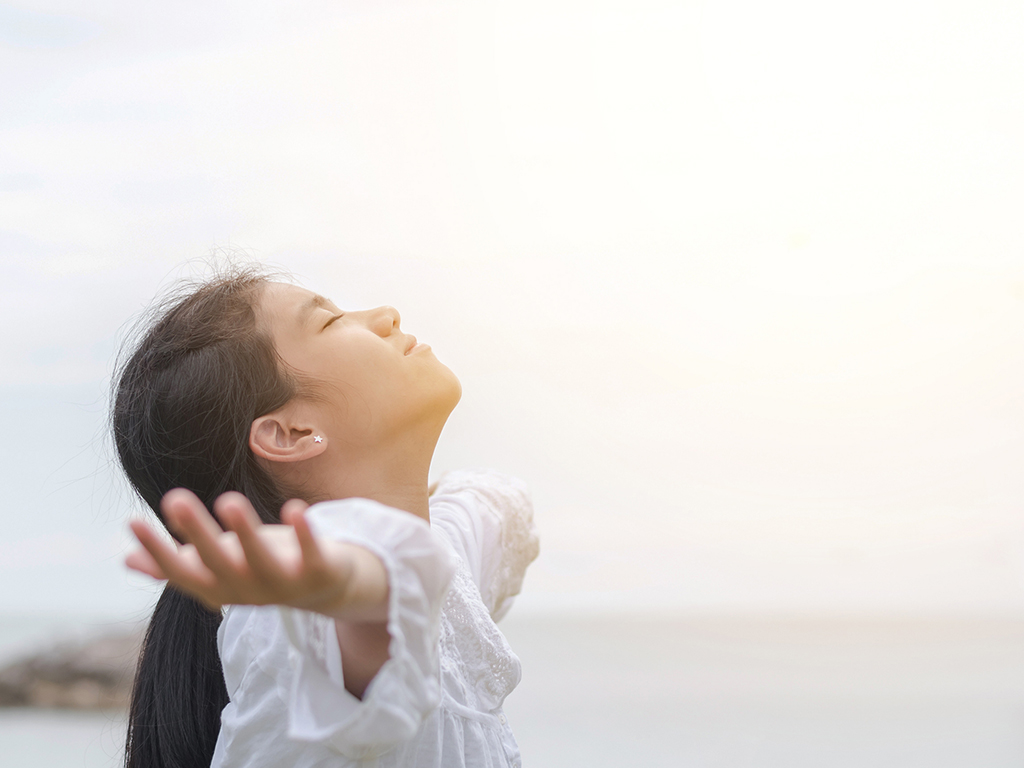 What to Do About It?

As if we didn’t have enough to worry about between the environment and COVID-19, it turns out that these two hot-button issues are related; (actually, three hot-button issues if you consider the fact that poorer communities tend to have higher levels of air pollution). While the four theories above are just that–theories–air pollution levels are definitely connected to higher rates of communicable disease. Especially in light of the ongoing COVID-19 pandemic, our need to clear the air is clear.

So while humanity is working on reducing air pollution, what can you do about your personal indoor air quality in the meantime?

First, follow local guidance when it comes to healthy habits such as hand-washing, masks, and social distancing. Stay home if sick and take steps to avoid infecting others in your household.

Secondly, practice source control to reduce pollutants in your home, especially sources of combustion gasses such as NO2.

Thirdly, test your air quality at home to see what types of contaminants are in your air. If your air quality is poor, invest in an air purifier powered by ActivePure. ActivePure Technology has been, proven to reduce many types of viruses and bacteria, including the virus that causes SARS-CoV-2. In addition, many of our distributors also pair ActivePure with HEPA filters, which reduce particulate matter. Visit ActivePure.com today to be put in touch with your local team.