“I've come up with a set of rules that describe our reactions to technologies:

We get it. While air purifiers are not a *new* idea, per se, they are hardly as familiar as the smoke detector, the hot water heater, or air conditioning. Modern air purification has been around since 1963, but we’re willing to bet you didn’t think much about it before the pandemic. Now, air purifiers have become as pervasive as printers, and some people have…reservations.

This is understandable; while some air purification technology—such as high efficiency particulate air (HEPA) filters—are tried and true, other tech has generated bad press. Plus, there are still devices on the market today which can be dangerous if used incorrectly. We will discuss 3 common air purifier safety concerns: ozone generation, ionization, and VOC generation. We will also explain what types of air purifiers these concerns apply to, as well as how ActivePure Technology can alleviate all 3.

Of course, health effects aren’t the only concern people have about air purification. Effectiveness, aesthetics, and cost must also be considered. For a detailed discussion on the effectiveness of different purifying technology, please see this article. For a detailed discussion of ActivePure’s effectiveness in particular, please see this article. For more information on the cost (such as replacement air filters and filtration system maintenance) or the aesthetics (such as noise levels) of air purifiers, please see our Air Purifier Buying Guide. 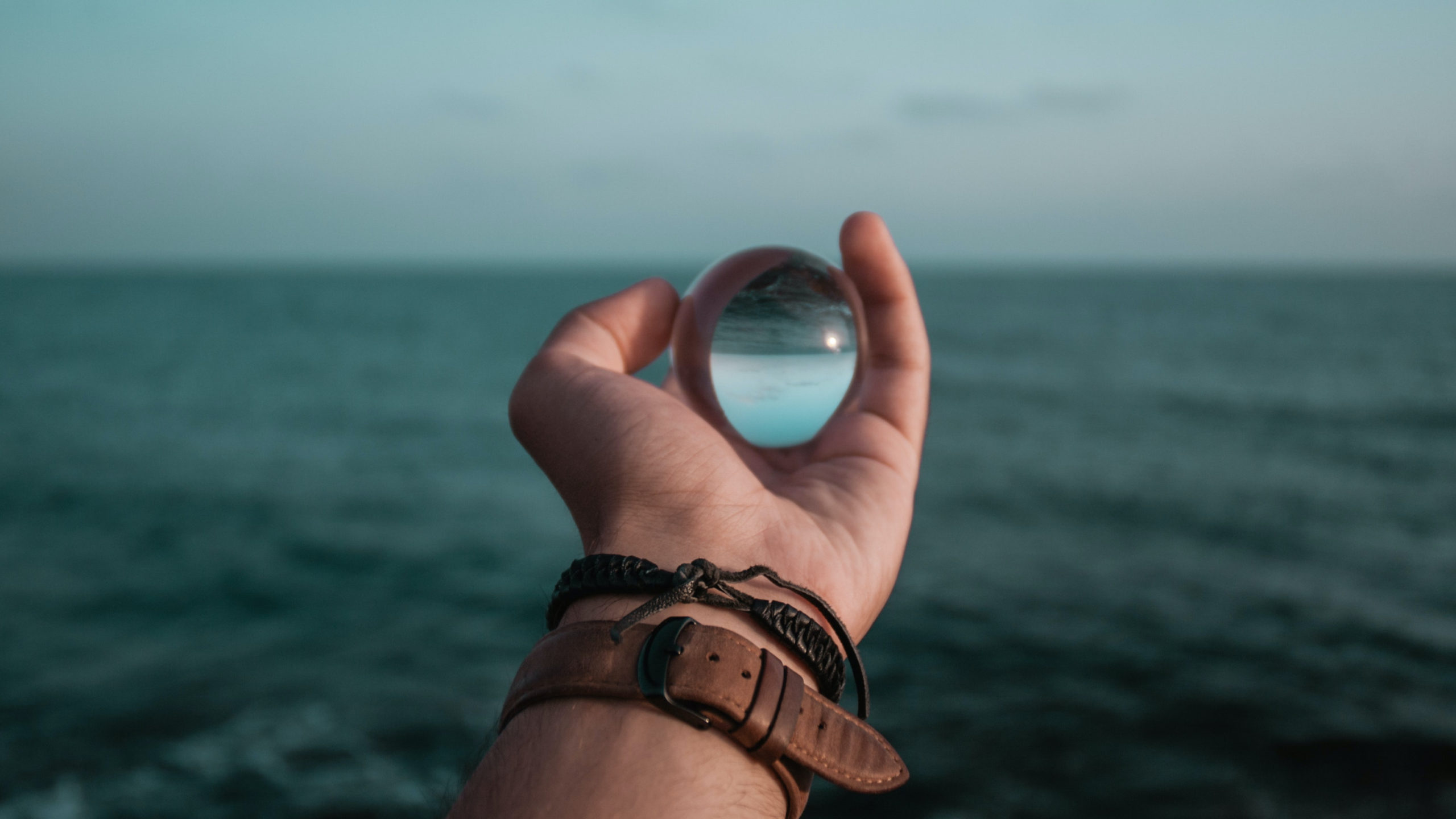 Ozone is a colorless gas with the formula O3. It differs from the oxygen we breathe (O2) in that it carries an extra oxygen atom. That extra oxygen atom is bonded loosely and so breaks away at the first opportunity to bind with something else. This oxidizes whatever it may bind to—such as an odor molecule—ideally rendering that molecule inert.

However, because it is so reactive, ozone is extremely irritating and even toxic to breathe in. According to the EPA, side effects of ozone exposure can include “chest pain, coughing, shortness of breath and throat irritation,” even at low levels. Ozone may also aggravate asthma, inflame lung tissue, decrease lung function, and even increase susceptibility to respiratory infection. Ozone (at least ozone close to the ground) is also a chief outdoor air pollutant and the main ingredient in smog. Is it any wonder that consumers worry about bringing it indoors with the wrong air purifier?

When consumers have concerns about ozone, it is generally unintentional ozone generation they worry about most. Ozone may be generated unintentionally any time that the air is energized, such as is the case with UV light, plasma purifiers, air ionizers, and electrostatic precipitators. Usually this level is below the 50 parts per billion (ppb) that both the EPA and the California Resource Air Board consider safe. No sense getting worried about 50 ppb when many household devices produce small amounts of unintentional ozone anyway. So, problem solved, right?

Not quite. There are a few complications when it comes to unintentional ozone generation by an air purifier. First, many homes are designed to be as airtight as possible for energy efficiency, meaning unintentional ozone has nowhere to go. Second, many homes need multiple purifiers to achieve complete room coverage. Third, people more likely to buy an air purifier (such as those with asthma) are also more likely to be irritated by ozone.

For instance, Sharper Image’s infamous Ionic Breeze Quandra only produced 40 ppb of ozone. However, many people bought more than one of the eerily quiet air purifiers. In small rooms with limited ventilation, two Ionic Breezes working in concert can quickly produce undesirably high levels of ozone. We believe this could have been why some Ionic Breeze customers reported a worsening of their allergies or asthma.

If your house has good ventilation and you don’t have underlying health issues, you might be fine with something that produces 40 ppb of unintentional ozone. However, why risk it when there are plenty of air purifiers on the market which barely produce any ozone at all? The Beyond Guardian Air with ActivePure Technology was found to produce less than a single part per billion of ozone (source: Intertek (2013). “BGA Ozone Report.” Intertek.). That’s likely 20 times less than your office printer and below the detection threshold of many experiments. Plus, two of our ActivePure-branded devices and over 20 of our “Powered by ActivePure” products are certified by CARB.

‘Why aren’t the rest certified if they don’t produce ozone,” you quite astutely ask? Well, many units “Powered by ActivePure” are branded in partnership with other distributors. We are constantly reviewing the demand for certain products in California against the time and cost involved in CARB certification. In addition, a select few of our machines (for specialized retail partners) combine ActivePure with an aforementioned intentional ozone generator for rapid odor and smoke remediation. These devices produce ozone using a separate ozone-generating cell which works alongside the standard ozone-free ActivePure cell, and which may be turned on or off. These are intended for use only by building professionals when the space is unoccupied. 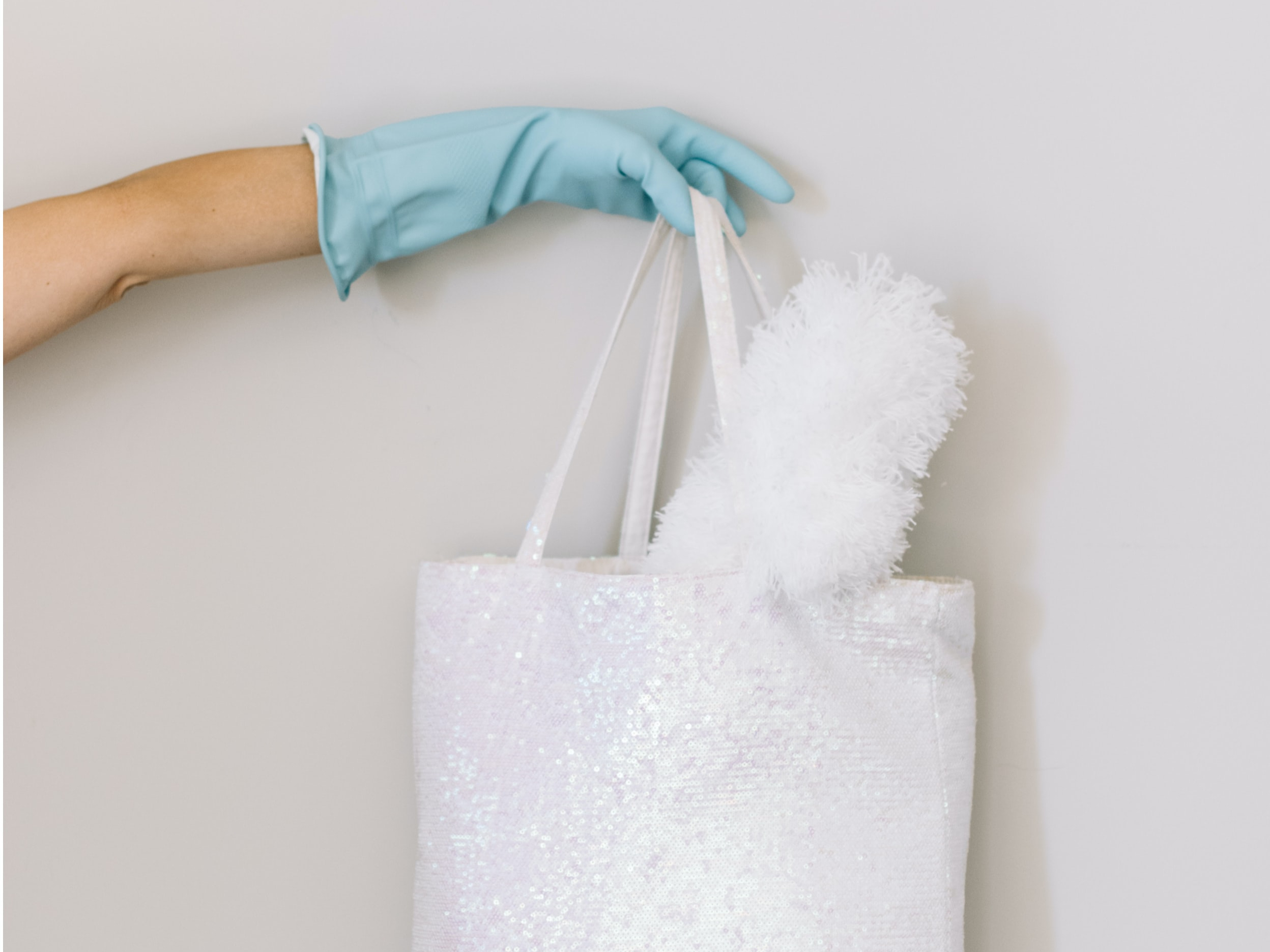 Ionizers use a carbon brush or electrode to charge air molecules by adding or removing electrons. These charged molecules cling to airborne particles (such as dust, pollen, and pet hair), either a) prompting them to stick to surfaces like a balloon sticks to a wool sweater or b) prompting them to stick to each other and thus become too heavy to remain airborne. This theoretically removes airborne particles, leaving cleaned air at breathing height.

However, if the particles are more likely to stick to surfaces, what’s to stop them from sticking to your lungs? The EPA has this concern too, but they cite two rather dated studies as evidence. One of these was part of a deliberate attempt to make particles stick to people’s respiratory systems, which means they may not stick under field conditions. Further research is required, though much more recent study performed on a model lung suggests they might.

Ionization safety gets even more nuanced though. Some ionizers are bipolar ionizers, meaning they produce negatively charged hydroxyl ions (OH-) and positively charged Hydrogen Ions (H+) at the same time. These work completely differently than traditional ionizers. Instead of clumping particulates together, hydroxyl ions react with viruses, bacteria, and VOCs, neutralizing them directly. This would seem safer, but we don’t have a lot of data yet. A recent study found their use coincides with an increase of malondialdehyde in the urine, which is “a biomarker of systemic oxidative stress.” Oxidative stress occurs when reactive oxygen species (such as hydroxyl ions) enter the body faster than the body’s natural processes can break them down. 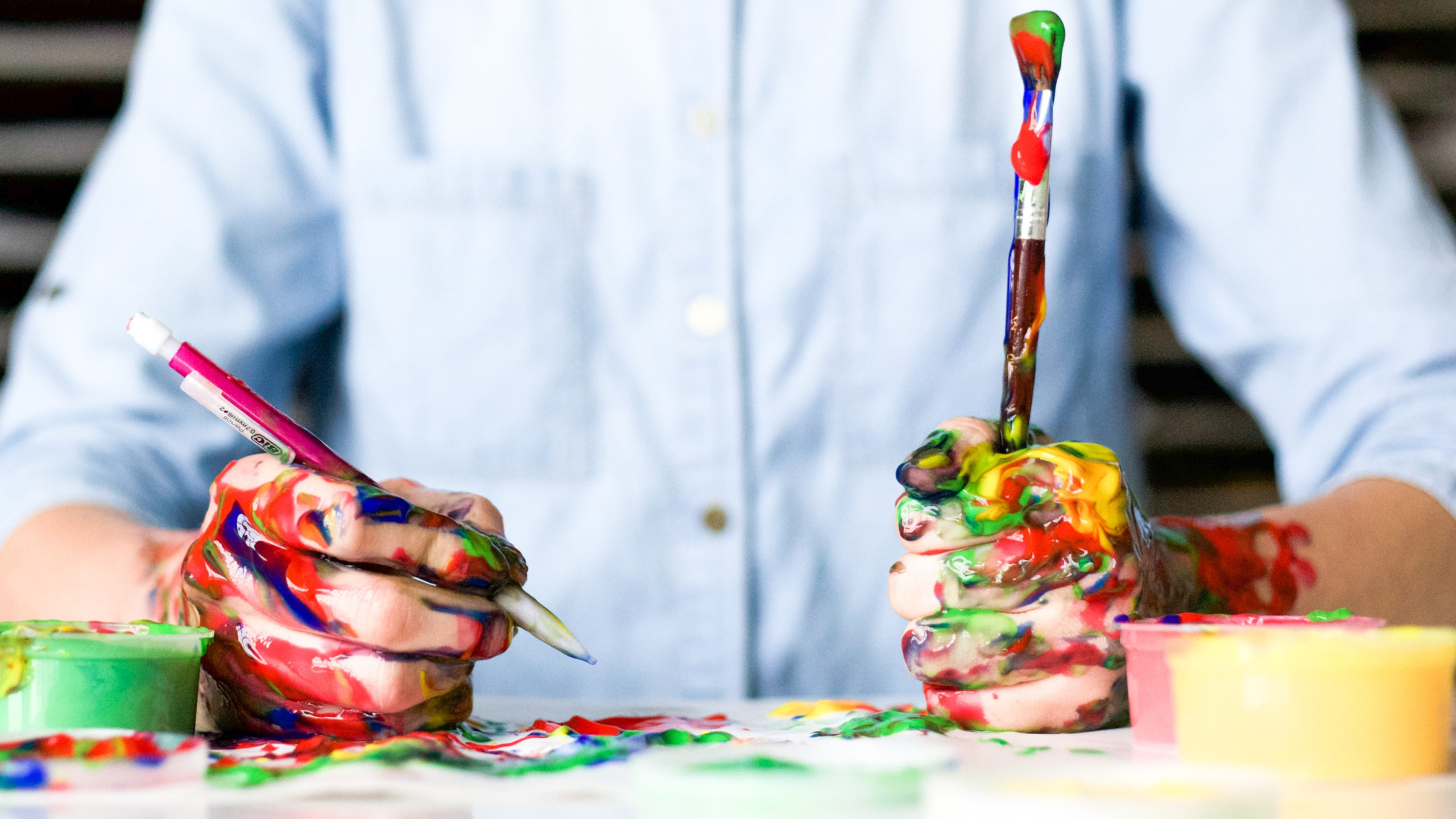 VOC stands for Volatile Organic Compounds. These substances are “volatile” meaning they easily become a gas and “organic” meaning they contain carbon. Volatile organic compounds offgas from many common household materials including pressed wood, new carpets, paints, rugs, hobby supplies, tobacco smoke, aerosol sprays, dry-cleaned clothes…the list goes on and on. They are a significant component of poor indoor air quality, with levels “up to ten times higher” than levels outside. Many volatile organic compounds can prove irritating or carcinogenic in high enough quantities. (It is important to note, however, that VOCs are not a monolith in their health impacts. There are hundreds, if not thousands, of identified VOCs. Each compound has its own reactions, breakdown, dangers, and prevalence. For this reason, it is difficult to make blanket statements about VOCs.)

One air purification technology used to reduce VOCs is called photocatalytic oxidation (PCO). PCO creates reactive molecules which break down VOCs, bacteria, viruses, and mold spores. Early versions of PCO produced ozone, but that problem has largely been solved. However, several scholars have produced studies in recent years showing that PCO air purification could also generate new VOCs. If true, this would rather defeat the purpose of a technology designed to combat VOCs.

Studies point out several possible reasons for this formation.

However, it is important to factor in recommended exposure limits. One study critical of PCO showed acetaldehyde levels peaking at 0.35 ppm. This is *well* below the OSHA limit of 200 ppm. Meanwhile, formaldehyde peaked at 0.05 ppm. According to a 2011 study, “formaldehyde indoor air limit of 0.1 ppm should protect even particularly susceptible individuals from both irritation effects and any potential cancer hazard.” That means that the PCO used in the study only generated formaldehyde levels halfway to this extremely cautious limit. 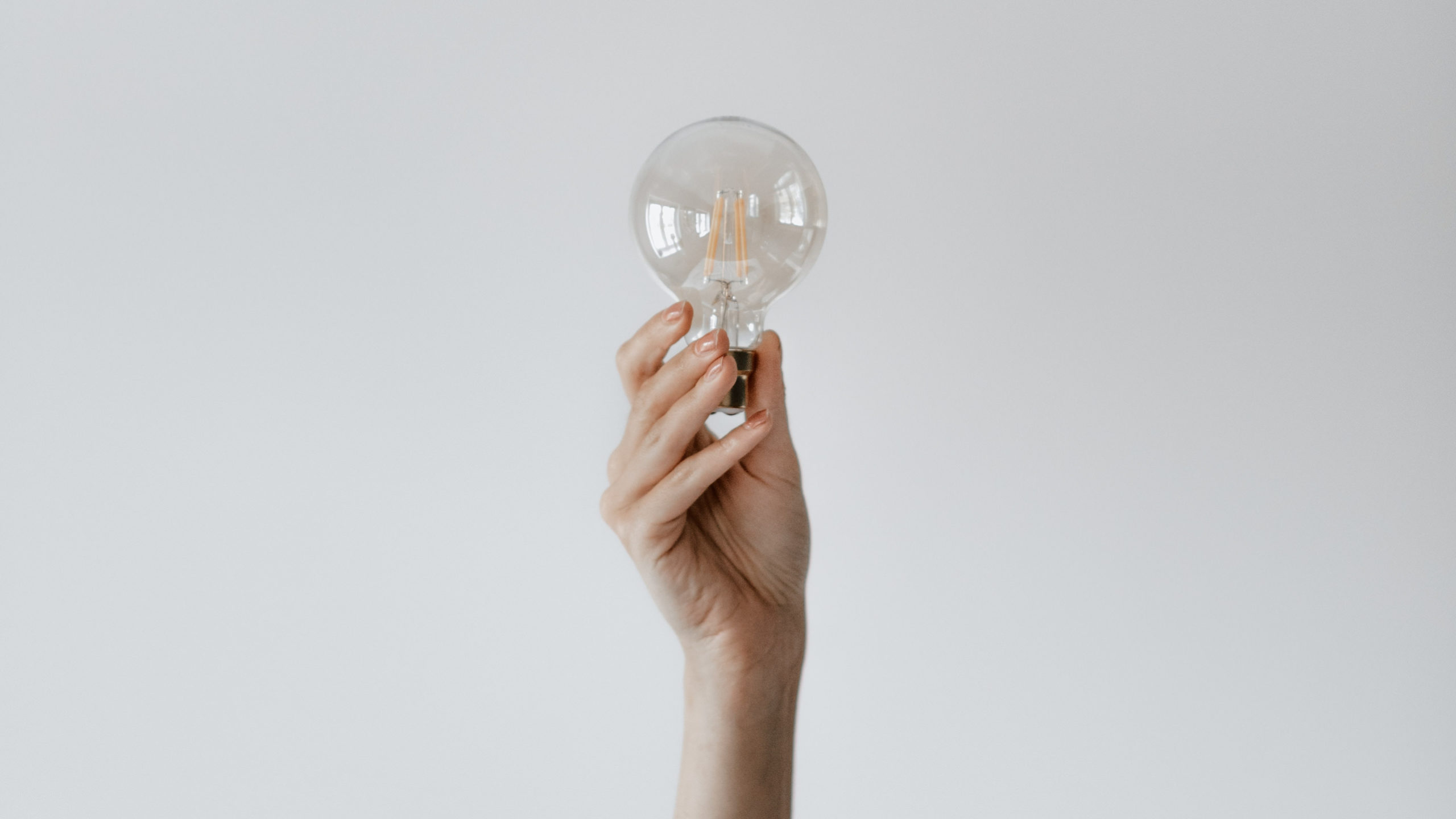 Some of the safety concerns over air purification are overblown and some are understated. However, one way to provide peace of mind is to just get a purifier powered by ActivePure. We’ve developed a whole new class of purification technology: Advanced Active Photocatalysis (aPCO). Many of our products are CARB certified and far surpass CARB requirements. We also have developed a proprietary cell shape and formula that accomplishes the complete breakdown of VOCs.

When it comes to new technology (well, relatively new), we encourage everyone to do their own research and come to the conclusion that is best for them. Once you decide that ActivePure is indeed your best option, contact one of our air purification experts to start improving your indoor air.