COVID-19 keeps surprising experts. Human behavior, government intervention, and the novelty of the SARS-CoV-2 virus make surges difficult to predict. However, after 3 years of the pandemic, we know more about COVID-19 than we did before (including more about what we still don't know). In this blog we will use a Q&A format to discuss trends experts have extrapolated from COVID-19 infection waves, and what this means for your organization.

Early in the pandemic, COVID waves seemed to follow influenza-like patterns in cold-weather climates. For instance, a Netherlands study concluded “that seasonal patterns of COVID-19 incidence and Influenza-Like Illnesses incidence are highly similar, in a country in the temperate climate zone, such as the Netherlands. Further, the COVID-19 pandemic satisfies the criteria of earlier respiratory pandemics, namely a first wave that is short-lived at the tail-end of flu season, and a second wave that is longer and more severe.”

However, this pattern didn't always hold true. According to The Scientist, “the tropics were not spared from high death tolls, despite their lack of wintry weather. Brazil and India emerged, for instance, as two of the leading pandemic hotspots.” More recent evidence of this pattern unraveling is that the United States had a summer surge this year.

Most sources seemed to agree that SARS-CoV-2 is not a seasonal virus yet, but it may become so as time passes. This view is best summarized by a special report in MedPage Today:

While the virus has had some element of seasonality since it first came into the world more than 2 years ago, other factors -- including variant evolution, population immunity, and behavioral changes -- have made seasonality less apparent. The disease may fall into a more predictable rhythm once the population has more immunity and as people go back to their pre-pandemic lives, but this will likely take a few years[...]

In other words, SARS-CoV-2 would be seasonal if there weren't so many other variables related to its status as a new virus, but these variables will fade over time.

Not everyone agrees with this view. In the same report, MedPage interviewed an expert who noted the extremely short interval between the appearance of different Omicron sub-variants. He worried that this “could indicate that variants will evolve at a more rapid rate, which may not correlate with the seasons.” 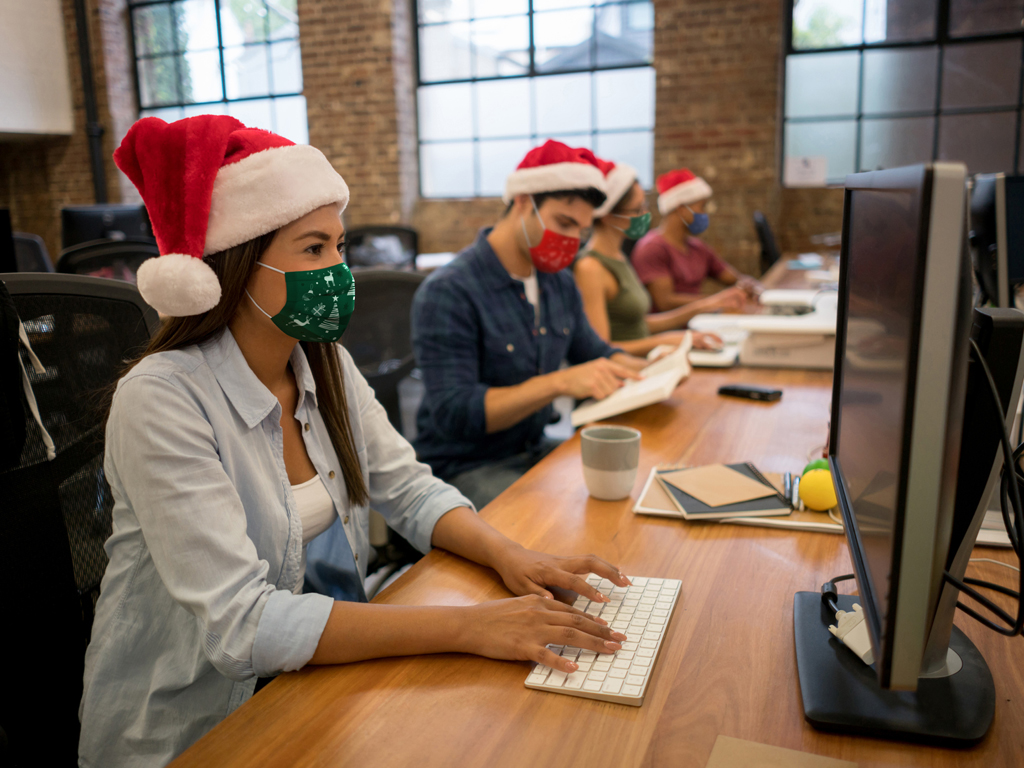 COVID-19 spreads better in cold weather, but many other variables are involved. (Image credit: Getty / andresr)

Q: How does temperature affect the spread of SARS-CoV-2?

A: Most studies agree that temperature has some effect but can't agree on how much or what the optimal temperature is. For instance, according to a study published in June 2021:

Meanwhile, another study found the optimal temperature for transmission was 5 to 15 °C. Despite this conflict, however, SARS-CoV-2 does seem to spread better in cooler temperatures.

A: One of ActivePure's own experts has extrapolated geographic patterns from American surges. According to our Chief Medical and Science Advisor Dr. Deborah Birx, “Every variant that has made it to the UK has made it to the United States 3 to 4 weeks later.”

Dr. Birx notes that we see a geographic pattern in the movement of COVID cases across the country. Variants introduced to northeastern and northwestern cities seed a summer surge in the south (as people move indoors for air conditioning) which in turn seeds an autumnal surge on the Great Plains as the weather begins to cool. Whether this pattern will hold true for every wave remains to be seen; some experts have interpreted the geographic data differently. However, it is a hypothesis that accounts for human behavior in these regions.

Q: Is COVID-19 worse in cities or rural areas?

A: According to Pew Research, cities bore the brunt of deaths early in the pandemic. However, now rural America is suffering the most. Dr. Birx explains why this is:

Rural America is dying at higher rates because[…]In general, rural America is older, poorer, [has] higher comorbidities [and] less access to any healthcare[...].

She also notes that tribal nations are particularly hard hit by this same conflux of circumstances.

Q: In light of everything we can't predict, what actions should organizations take?

A: What we can't predict about COVID waves is overshadowed by what we can know:

Speaking of layered protection, ActivePure Technology in the Aerus Pure & Clean was proven to reduce 99.99% of airborne SARS-CoV-2 particles in under one minute during lab testing. Devices with ActivePure Technology have also been vetted in real-world settings with astounding results. We already protect thousands of spaces across the globe, and we are eager to protect yours as well.

Click below to help your organization prepare for the next cycle of the pandemic with ActivePure.

Prepare for the next COVID wave