“It’s a disaster!” This sentence is uttered after everything from rain on a wedding day to a stock market crash. As an air purification company, however, we define a disaster as any extraordinary, discrete event which causes a lot of outdoor and/or indoor air pollution.

Of course, Murphy’s law means we have a lot of ground to cover. Thus, we’ll be splitting the article into two pieces. Buckle-up, doomsayers! This is Part 1: weather-related disasters.

During cold weather, people burn more fuel; this worsens air quality. This routine occurrence probably doesn’t count as a disaster, per se. However, when violent storms knock out power, industrial facilities may be forced to jettison gases into the atmosphere as various systems back up and emergency measures are tripped. For instance, during the 2021 Texas freeze, 3.5 million extra pounds of pollution were released onto the air by refineries and chemical plants.

This article is about natural disasters which cause air pollution, not natural disasters caused *by* air pollution. However, we did find some interesting scholarship which concludes that air pollution can encourage the formation of tornadoes, and it was too interesting not to share. Air pollution makes water droplets in clouds smaller. This (via a lot of intermediary steps) prevents cold air from pooling beneath a storm system. Since pools of cold air often prevent the formation of tornadoes, the lack of these pools results in more tornados. This effect is so pronounced that tornadoes in the American southeast are more likely to occur on weekdays (when commuters are pumping car exhaust into the air) than they are to occur on weekends.

We couldn’t find any evidence of tornadoes increasing air pollution (though we assume that they at least kick up dust). 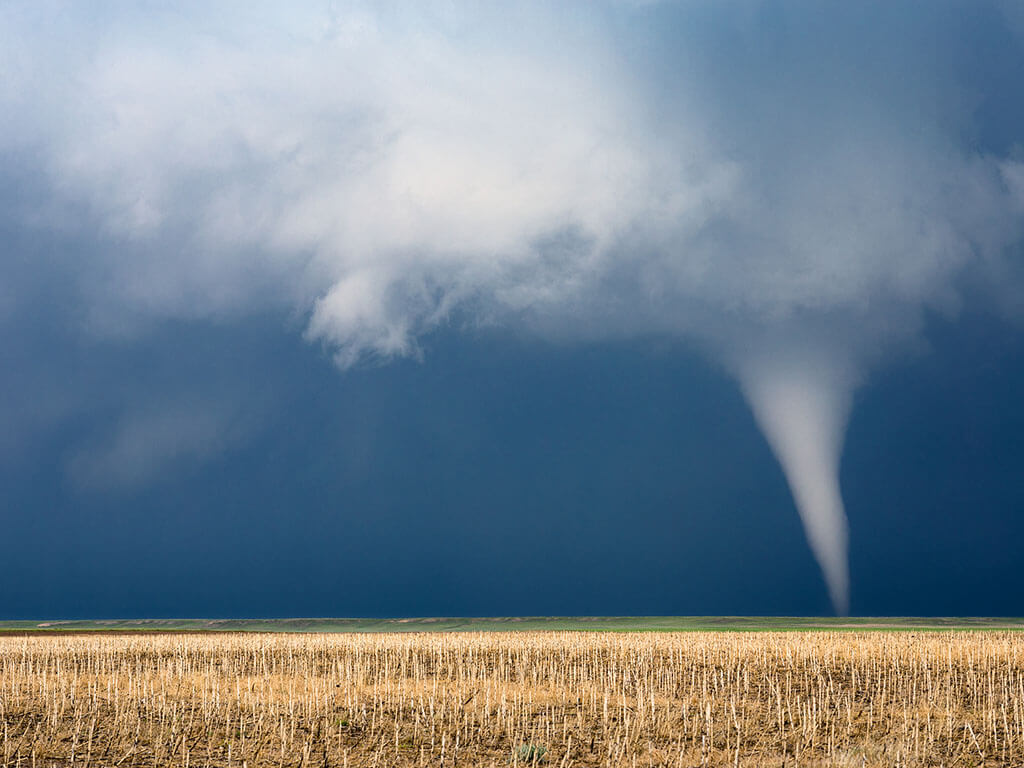 A flood is one of only two disasters which decreases air quality by increasing biological contaminants, so give it points for creativity. According to a 2019 article by the UN Environment Programme, “flood waters teem with microbes. When picked up by the wind, these bacteria can enter people’s airways and cause lung disease. The contaminants and microorganisms left behind after a flood also pose health risks. Dust mites, microorganisms, mold and cockroaches thrive in damp buildings and furniture, and aggravate asthma, allergies, wheeze, cough and hypersensitivity pneumonitis.”

Hurricanes don’t increase air pollution on their own, but according to the Environmental Protection Agency they can lead to the aforementioned flooding and power outages. Somewhat conversely, they also can increase air pollution when they pass over a dusty area, which is an appropriate segue into our next disaster.

Droughts create air pollution in a few different ways. The most obvious is that they combine with erosion to create dust storms. Dust storms are composed of larger dust particles in addition to a significant amount of particulate matter—particles that are small enough to be absorbed by the lungs. Dust storms can be deadly as well as economically devastating.

During the 1930s, the southern American Great Plains experienced nearly a decade of drought—a period which became known as the “Dust Bowl”. Combined with the destruction of the native grasslands, the plains lost much of their topsoil to giant dust storms. These storms traveled as far as the Atlantic Ocean, coating ships with grime. Dust bowl conditions are not merely an historical concern. The ever-enlarging Gobi Desert is a very current air quality problem for China and Mongolia, affecting air quality 600 miles away in Beijing.

During periods of drought, lakes can dry up and reduce the power output of hydroelectric dams; this can also increase air pollution as people are forced to get power from the burning of fossil fuels.

There is some debate whether droughts increase ground-level ozone by killing the plants which would trap ozone. As we discussed in our last article, plants do influence ozone, but the effect is rather small.

Droughts may also increase air pollution by increasing the likelihood of our next disaster type: wildfires. 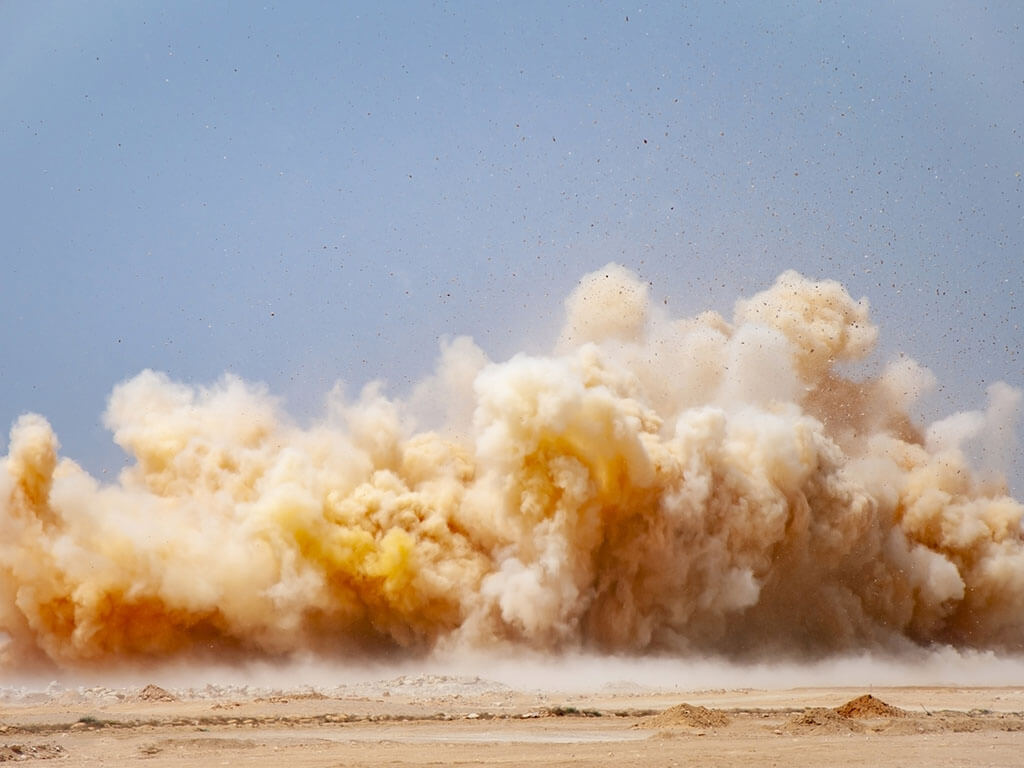 You don’t need us to tell you that wildfires cause air pollution. Even if you don’t live in an area susceptible to them, you likely have breathed in wildfire smoke. For instance, you may remember haze from the 2020 California wildfires traveling as far as New York City.

While the scent of woodsmoke may be quite pleasant (at least when it doesn’t result from the simultaneous combustion of multiple counties), it certainly isn’t healthy. Woodsmoke releases nearly every type of contaminant there is. According to a 2015 paper from Jawaharlal Nehru University in New Delhi, “Apart from smoke comprising of unburnt carbon particle, the emission from wild fire [sic] comprises carbon monoxide, ash participles, methyl chloride, methyl bromide, polynuclear aromatic hydrocarbons, aldehydes, VOCs.” On top of that, any toxic waste dumped into wilderness areas by bad-faith parties goes up in flames as well, releasing its own unique combination of contaminants.

Fun fact (or rather, depressing disaster datum): the 2020 California wildfires were somewhat middling on a global scale. According to SFGate, “The largest wildfire in modern history was the Black Friday Bushfire in Australia’s Victoria State in January 1939, burning some 4.9 million acres and claiming 71 lives.” You’ve got some catching up to do, California. 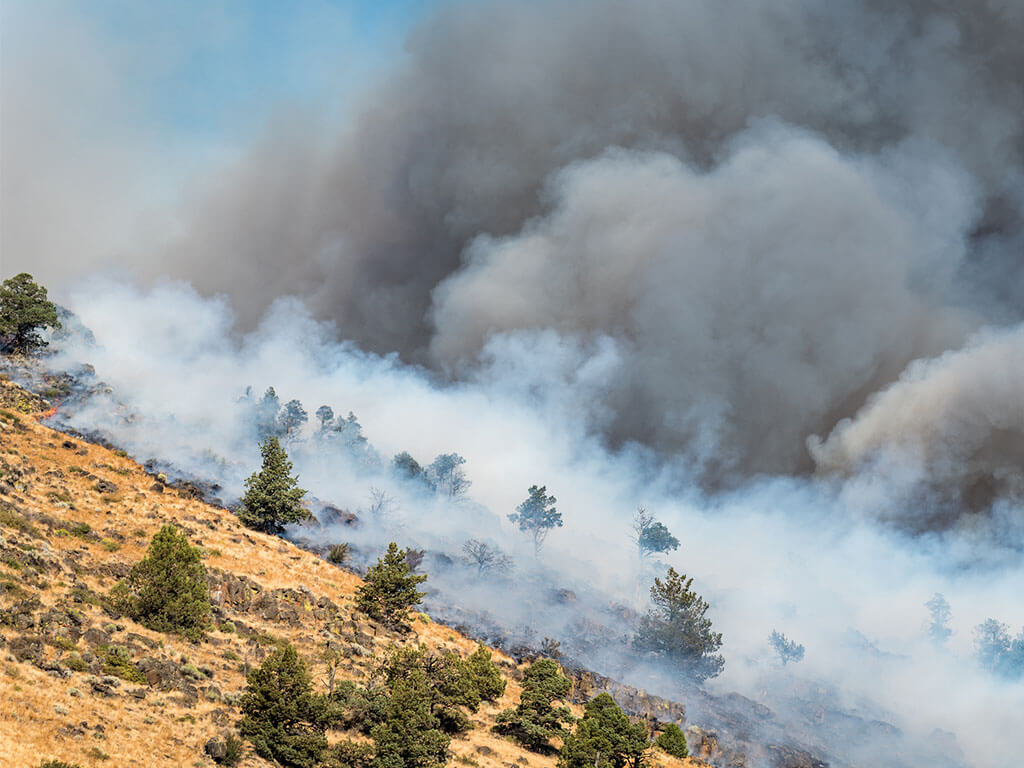 Temperature inversions are responsible for some of the deadliest air pollution events in history. Temperature inversions occur when a cap of colder air forms over an area, trapping contaminants. This happens frequently in cities, valleys, and basins during cold weather. However, when you combine this with poor air quality regulations, excessive and deadly smog can result.

Two of the most well-known temperature inversions in the English-speaking world are Donora Air Pollution Disaster of 1948 and the Great London Smog of 1952.

The good news is that both the Donora and London incidents led to an increased awareness of air pollution in their respective countries. The bad news is that the problem isn’t fully solved. In 1991, another killer smog hit London, leading to 160 dead. 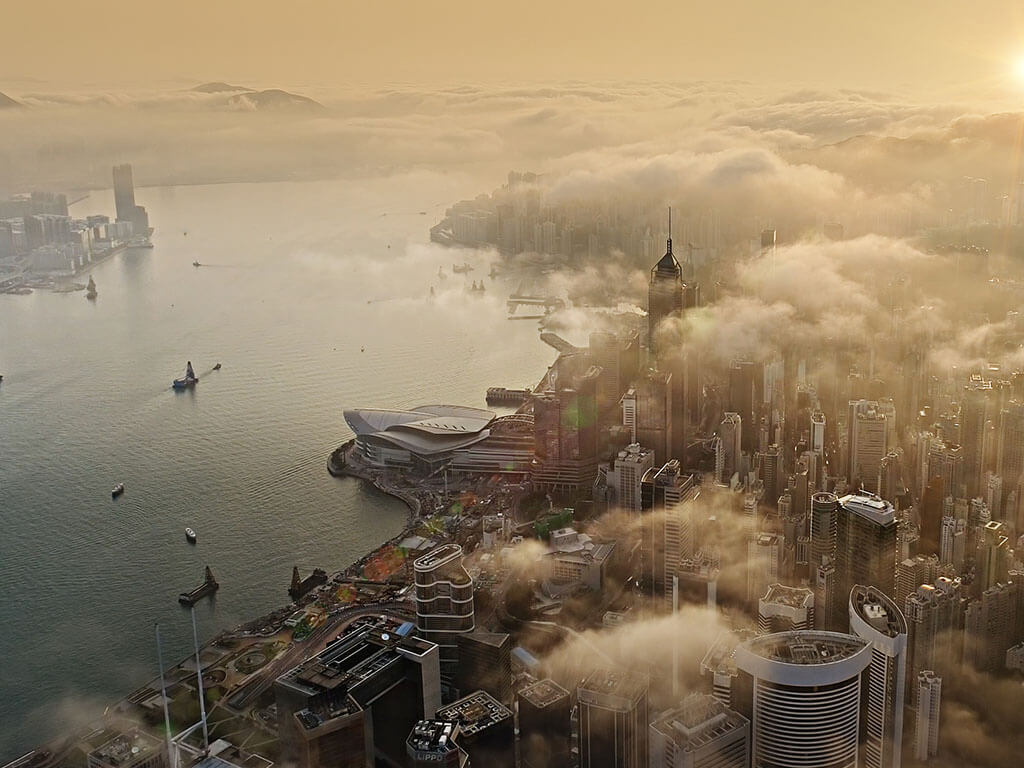 Of course, by focusing on extraordinary events, we are taking the focus off the real issue. Around eight people die per minute from the effects of air pollution, and most of these deaths come from chronic rather than acute short-term exposure. As Smithsonian Magazine reported (quoting a professor who studied the Donora smog disaster), “‘People are still dying in the United States from pollution, and it tends to be individuals who do not have access to better housing and things like that,[...]But it’s not as acute now. It’s more of a long-term, chronic exposure.’” In other words, air pollution disasters get a lot of press, but they aren’t the biggest issue.

Our conclusion then is this: don’t wait for a disaster to care about your air. Contact ActivePure today to be put in touch with an air quality expert. Whatever the weather, you deserve air you can trust.

PS: Also, check back next week for an ‘explosive’ Part 2 (Well, the disasters are explosive. The blog article itself will remain chemically inert.)