In Part 1 of this article, we explained how weather and climate related disasters can worsen air pollution. However, there are many types of unfortunate events which can affect your air. In part two of this article, we will discuss six more disaster types, ranging from the cosmic to the current.

Let’s start with the largest disaster, size-wise, and the smallest disaster pollution-wise. Solar flares occur when tangles in the Sun’s magnetic field release a massive amount of radiation at once, and they can be larger than the earth itself. Most of the time, these bursts of radiation do not have much effect on earth, but they still have an effect. According to Cornell University, “It is quite certain that the solar activity may impact on the air pollution, but the relationship is very weak and indirect.”

While this doesn’t seem to be that significant, particularly large solar flares may still make a noticeable (if indirect) impact on air pollution. The largest solar flare on record, in 1859, caused telegraph wires to overload, sparking some wildfires.

It probably won’t surprise you to learn that mountain-sized funnels of geothermal energy spewing liquid rock, ash, and gas tend to contribute to air pollution. Volcanoes release many harmful gases including hydrogen sulfide (which can cause pulmonary edema) and hydrogen halides (which can cause acid rain). They also release enough carbon dioxide (a greenhouse gas) that it can drive away oxygen, forming lethal pockets in low lying areas. According to the United States Geological Survey: “The boundary between healthy air and lethal gas can be extremely sharp; even a single step upslope may be adequate to escape death. In 2006, three ski patrol members were killed at Mammoth Mountain ski resort after falling into a snow depression surrounding a volcanic fumarole [which was] filled with cool CO2 gas.”

However, the gas with the most far-reaching impact is sulfur dioxide. Sulfur dioxide has three harmful effects: First, the area around the eruption can be plagued by vog, or volcanic smog, which is created when sulfur dioxide reacts with oxygen, sunlight, dust, and other volcanic gases. Secondly, sulfur dioxide plays an important role in the formation of acid rain. Thirdly, sulfur dioxide forms secondary particulate matter—tiny particles which can reflect sunlight away from this earth. Large enough eruptions send sulfur dioxide so high into the atmosphere that—when it forms secondary particulate matter—it is difficult for rain to wash these particles away. This may result in a global cooling event. The most notable of these cooling events was the 1815 explosion of Indonesia’s Mount Tambora. The air pollution from this explosion lowered global temperatures by three degrees Celsius, causing crop failures in parts of Europe and North America the next year.

Underwater volcanoes also release an extra-special form of air pollution: methylmercury. According to the UN Environment Programme: “Geothermal activity[...]can cause methylmercury—a highly toxic form of mercury found in aquatic environments—to be released into the air. When inhaled, mercury vapour affects the nervous, digestive, and immune systems, lungs and kidneys, and may be fatal.” 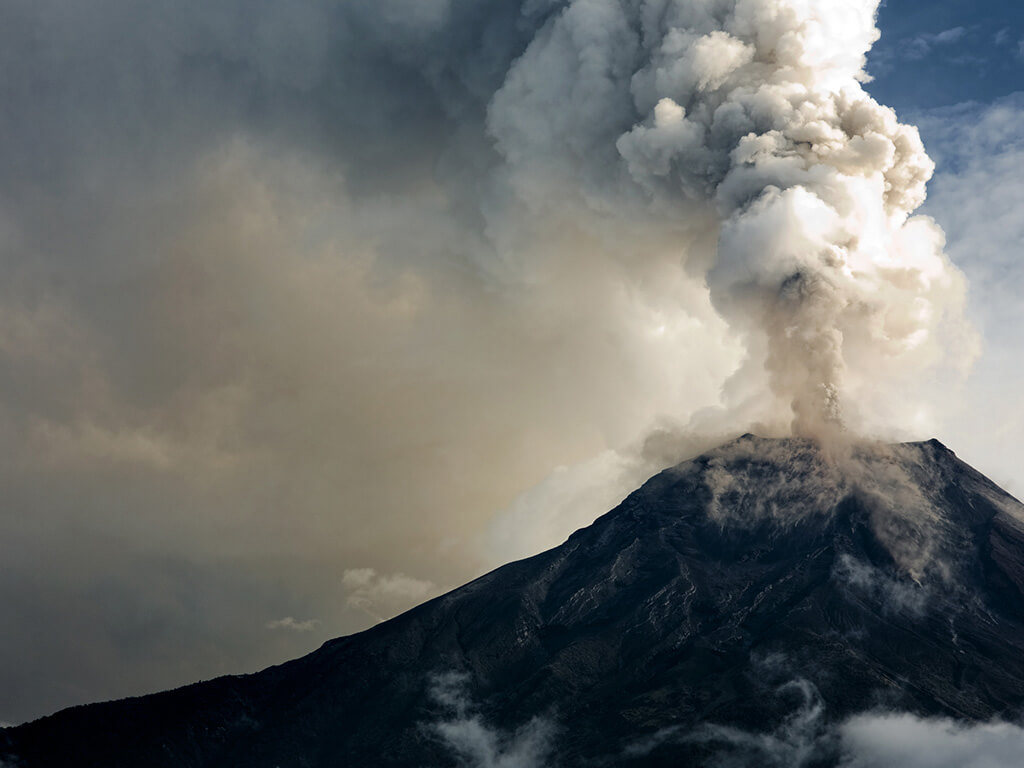 Like volcanos, earthquakes can release sulfur dioxide into the air. They also may stir up dust.

Underwater earthquakes may cause tsunamis, which, like floods, can cause a proliferation of mold.

As you might imagine, the type of contaminants released in the air by industrial accidents depend on which industrial facility is affected. Oil refinery fires release particulate matter and harmful gases. Nuclear disasters release radioactive material. Chemical plant disasters release whatever chemical they are processing. For this reason, it will be more informative to discuss this topic using three recent industry-related air pollution disasters as examples.

The variety of these three disasters, in scope, pollution, and loss of life, gives you an idea of how varied industrial accidents can be. At least these major air pollution disasters were unintentional. The same cannot be said for our next category. 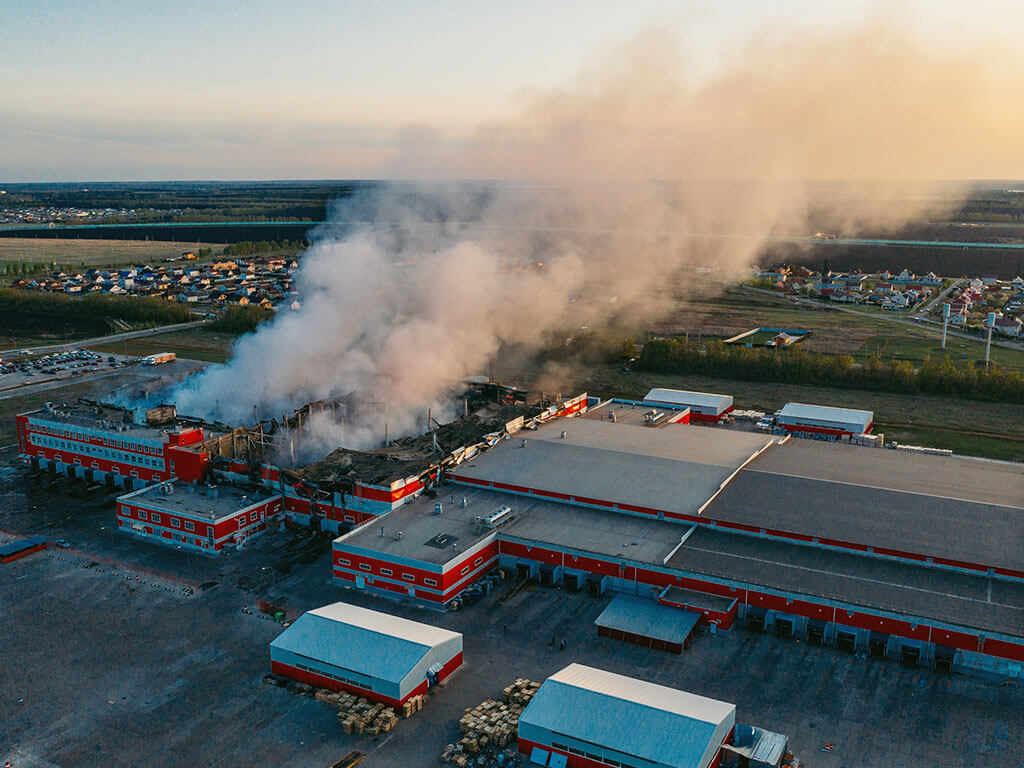 Some of the most tragic environmental disasters occur when the destruction (if not the pollution) is deliberate. We’ll discuss two infamous examples below.

We’ve discussed before how air pollution can make diseases more dangerous, but airborne diseases can be considered pollution in and of themselves. After all, would you rather breathe in virus particles or exhaust from an oil fire? We think the only logical answer is: neither. As a 2015 study puts it, airborne pathogens “may not change the air quality beyond the legal ambient air quality limits but harm human and animal life to great extent.”

Epidemics might be ranked either by total number of deaths, or by percentage of the population killed. However, the mists of history often obscure the exact death toll. Thus, there is some debate over what counts as the “worst epidemic in history”. The three most frequent contenders for this dubious honor are the Black Death, the Native American smallpox epidemic, and the ‘Spanish’ Flu.

So where does COVID-19 fit into all this? As of this writing (March 2022) confirmed COVID deaths stand at 6.05 million, but this may be a vast undercount. The actual death toll could be higher than 22 million. This means that, in terms of total deaths, COVID is somewhere between the sixth and eighth worst plague in history (so far). However, in terms of percentage of the population, it doesn’t even make the top 12.

This might be a good time to note that we power air purifiers specifically designed to reduce viruses and bacteria in the air. And you don’t have to wait for a disaster to get one. ActivePure was around before the current plague, and we’ll be around after, too. 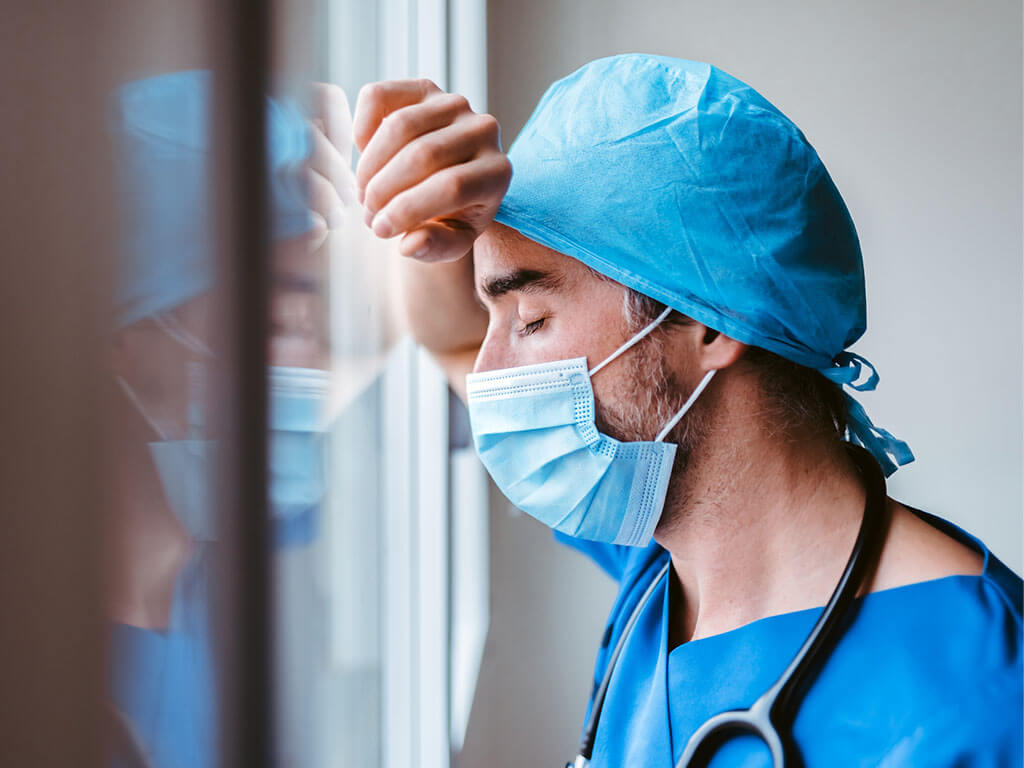 Okay, that was all a bit depressing. Take a breather, and then we’ll get into the positive part. Image credit: Getty / Iker Martiarena

Somewhere in the world, someone is about to have a very bad day because of a tornado, earthquake, war, or drought. And that person’s bad day can become your bad air quality.

Best not to wait for disaster. Contact ActivePure today to be put in touch with your local distributor. They can’t help you if a volcano erupts under your feet, but they can if one erupts halfway around the world. They can also help you develop an air quality plan for reducing your indoor air pollution, matching you with the purifier that is right for your home or work.

After all, disasters are going to happen; but that’s no reason to hold your breath.