Our schools are in the midst of an air quality crisis, and COVID-19 has only made it worse. School air quality is of particular concern because of how susceptible students are to poor air quality compared to adults, and how this susceptibility impacts their long-and-short-term academic, physical, mental, financial, and social well-being. In this 4-part series, we will explain the air quality problems in our schools in detail, along with what schools can do about it. This is Part 1: The Current Crisis.

It's not only schools that are underdoing an air quality crisis; indoor air quality (IAQ) needs improvement in many different settings. One oft-cited EPA datum states that “concentrations of some [indoor] pollutants are often 2 to 5 times higher than typical outdoor concentrations”.1

Schools are an integral cornerstone of nearly every local community and thus affect everyone involved in that community whether directly or indirectly. However, school IAQ is of particular importance to children due to their unique vulnerabilities. According to the Harvard T.H. Chan School of Public Health's eBook Foundations for Student Success: How School Buildings Influence Student Health, Thinking, and Performance, “Children have developing lungs with narrow airways and, compared with adults, they breathe larger volumes of air relative to their body size.”2 School IAQ is also of note because of the unique role it plays in the development of children. Academic achievement is correlated with future economic achievement (even if the exact nature of that relationship is highly debated)3; and children spend more time in schools than anywhere else besides the home.4 For these reasons, it is essential that we analyze what current literature tells us about the effect of school air quality on teachers, staff, and—most poignantly—students. 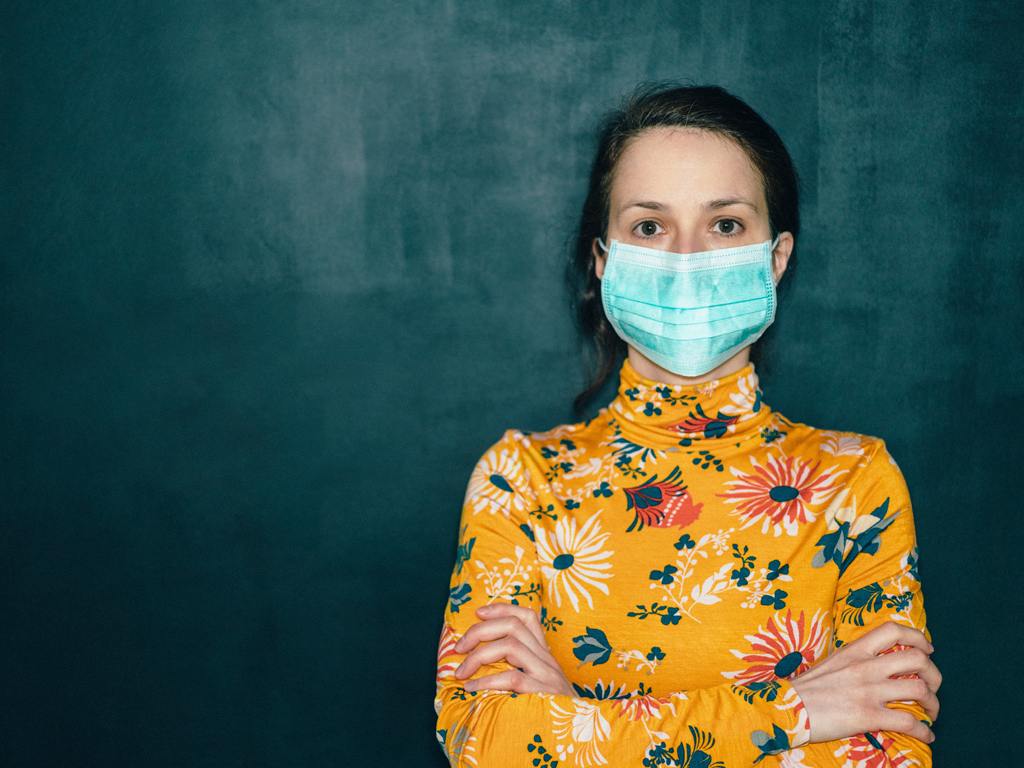 One of the most disturbing determinants of poor air quality is its effect on cognition. Foundations for Student Success had this to say:

Researchers observed a 5% decrease in “power of attention” in poorly ventilated classrooms, roughly equivalent to the impact that a student might feel from skipping breakfast (Coley et al., 2007). With similarly poor CO2 levels and ventilation rates in school buildings, students have been observed to experience greater fatigue, impaired attention span, and loss of concentration (Chatzidiakou et al., 2012); poorer performance on tests of concentration (Dorizas et al., 2015a); and lower levels of focus among university students during lectures (Uzelac et al., 2015).5

Of course, this cognitive impairment has a deleterious effect on student performance. A University of Tulsa paper explains:

There is a linear association between classroom ventilation rates and students' academic achievement within the range of 0.9-7.1 l/s per person. For every unit (1 l/s per person) increase in the ventilation rate within that range, the proportion of students passing standardized test[s] (i.e., scoring satisfactory or above) is expected to increase by 2.9% (95%CI 0.9-4.8%) for math and 2.7% (0.5-4.9%) for reading.6

Other studies concur. According to a UNESCO paper, “Standardized tests administered to pupils exposed to poor IAQ (to assess reading and mathematical abilities) systematically result in worse outcomes compared to students staying in healthy classroom environments.”7 A University of Texas study found that an increase in hazardous particles was “associated with an adjusted 0.11-0.40 point decrease in individual students' grade point averages (GPAs), depending on HAP type and emission source.”8 And an American University study concluded that “students score between 1 to 2 percent lower on math and reading scores on days with high levels of pollen or fine airborne particulate matter, and that asthmatic students score about 10 percent lower on days with high levels of ozone.”9

Though students are particularly vulnerable, teachers and staff may also suffer. A study by the Harvard T.H. Chan School of Public Health “found that increased concentrations of fine particulate matter (PM2.5) and lower ventilation rates (measured using carbon dioxide (CO2) levels as a proxy) were associated with slower response times and reduced accuracy on a series of cognitive tests”10 in adults. 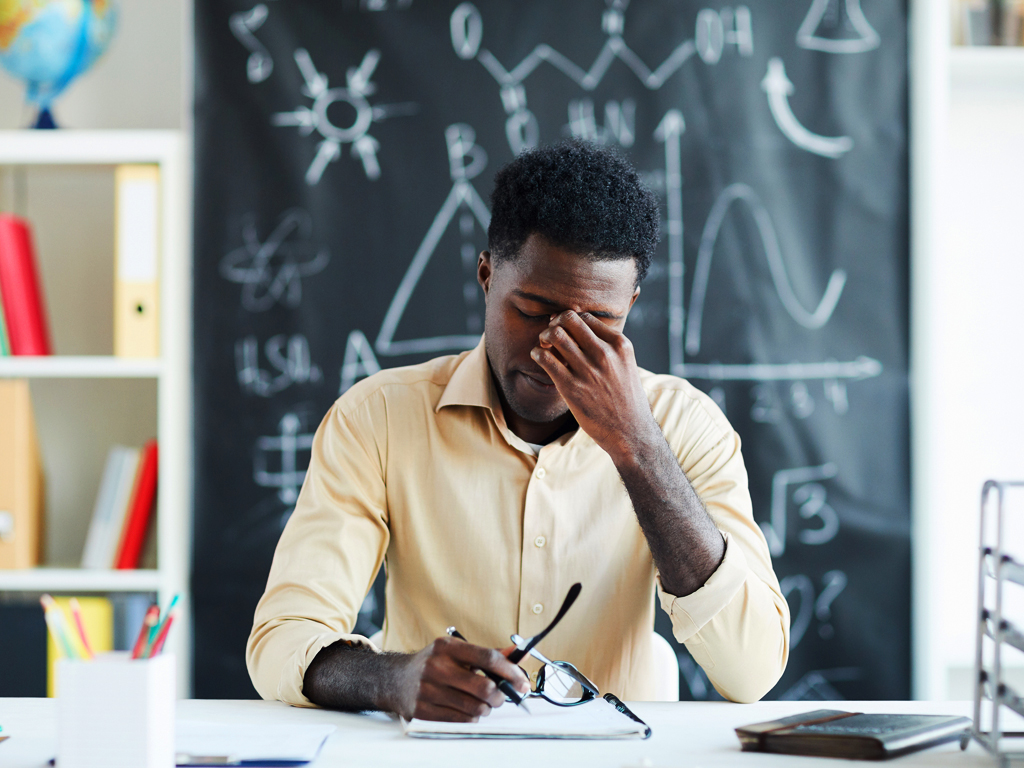 High particulate matter and carbon dioxide have been linked to cognitive and performance impairment in both adults and children. (Image credit: Getty / shironosov)

We'd be remiss if we didn't acknowledge the elephant in the room; the air quality crisis known as COVID-19 is having a devastating effect on student performance. According to an article by the Brookings Institute, “Average fall 2021 math test scores in grades 3-8 were 0.20-0.27 standard deviations (SDs) lower relative to same-grade peers in fall 2019, while reading test scores were 0.09-0.18 SDs lower.”11 McKinsey & Company agrees, finding that “Students testing in 2021 were about ten points behind in math and nine points behind in reading, compared with matched students in previous years[….]We found that this cohort of students is five months behind in math and four months behind in reading, compared with where we would expect them to be based on historical data.”12 Most recently, the National Center for Education Statistics found that reading scores among 9-year-olds have dropped 5 points since the pandemic. Math scores dropped by 7 points, which was the largest drop since the 1970s.13

All of this has a disproportionate effect on underserved communities. In the above study, the National Center for Education Statistics found that black students' math scores fell twice as far as white students' scores.14 McKinsey found that the pandemic had a similar effect, saying “Students in majority-Black schools ended the school year six months behind in both math and reading, while students in majority-white schools ended up just four months behind in math and three months behind in reading.15 Meanwhile, Brookings found that “test-score gaps between students in low-poverty and high-poverty elementary schools grew by approximately 20% in math (corresponding to 0.20 SDs) and 15% in reading (0.13 SDs), primarily during the 2020-21 school year.”16 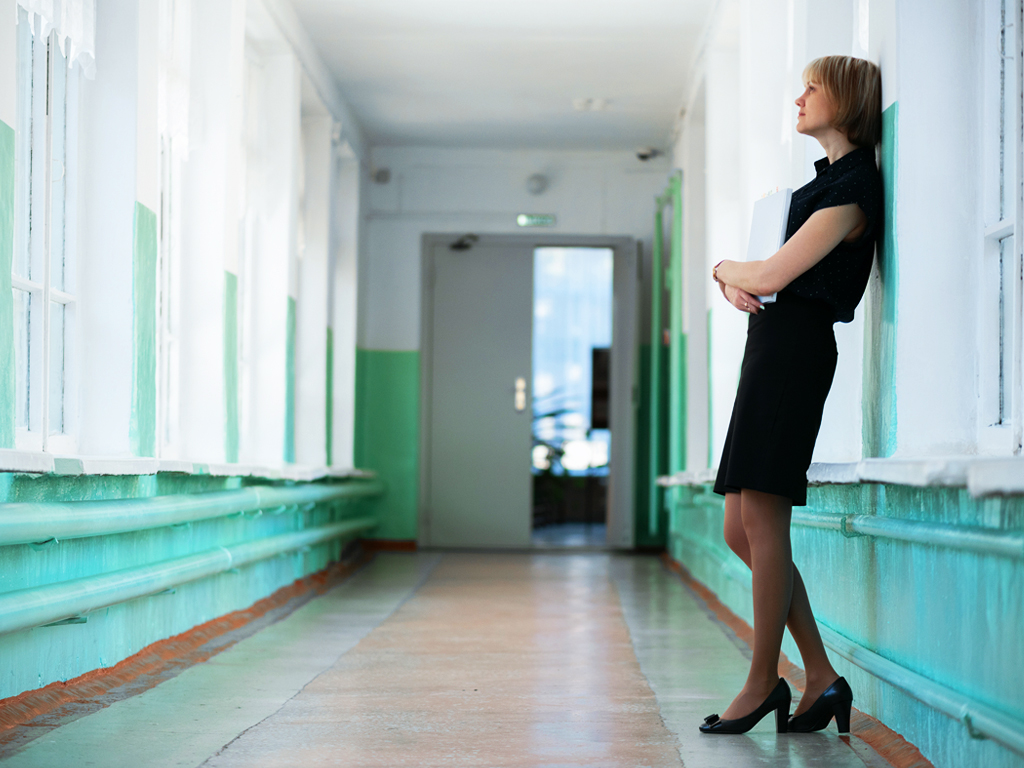 Poor air quality affects the physical health of both students and staff. As stated previously, students—especially younger students—are of particular concern because “their bodies are still developing and they breathe a higher volume of air relative to their body size.”17 When you mix this biological reality with poor air quality, you create a recipe for illness and missed school days. Scientists have found links between absenteeism and particulate matter18 as well as an indirect connection between absenteeism and mold.19

Many of these absences are likely due to air pollutants' effect on chronic asthma. Mold and particulate matter are both asthma triggers, as are allergens from pests and dust mites.20 A study from the early 2000s “found evidence of an association between moisture or mold problems in the school building and the occurrence of respiratory infections, repeated wheezing and prolonged cough in school children.”21 According to the CDC, U.S. children missed 13.8 million school days in 2013 (the most recent data available) due to chronic asthma.22

Infectious airborne bacteria and viruses are an air quality issue in and of themselves; even if other contaminants are minimized, a school may still have poor air quality resulting from flu, colds, COVID, or other airborne diseases. As we've discussed in a previous blog, particulate matter can exacerbate this by helping pathogens travel longer distances. This can further decrease student attendance.

Teachers' attendance is also affected by air quality. A 2012 Finish study found that in schools where the teachers perceived that the air quality was good, the same teachers were less likely to take short-term sick leave.23 In contrast, poor air quality can cost schools a pretty penny. Absent employees are expensive, and public schools alone employ over 6 million people in the United States. The Integrated Benefits Institute estimated that COVID-related absences alone cost U.S. employers $1 billion per week in 2021.

One often-missed air quality consideration is its effect on staff morale beyond that which comes from decreased cognition. Teachers are already stretched thin as remote, hybrid, and in-person learning requirements change nearly month to month. The additional stress of getting sick (or getting a loved-one sick) makes it essential that school districts do all they can to ensure the highest air quality possible.

All this stress results in burnout, absenteeism, and ultimately staffing shortages. For instance, one survey conducted by the Texas State Teachers Association found that 70% of Texas teachers were considering quitting their jobs. According to one expert interviewed for the article, “‘the failure of state leaders to protect the health and safety of students and school employees also have combined to drive down the morale of teachers to the lowest level in recent memory and endanger our public school system.’”

Teachers and staff aren't just thinking about quitting their jobs, however. Per the National Educational Association:

While educator shortages predate the pandemic, particularly for substitute teachers and in hard-to-staff subjects such as math, science, special education, and bilingual education, these shortages have grown in the past two years and expanded to encompass other positions such as bus drivers, school nurses, and food service workers. According to the Bureau of Labor Statistics, there are currently 567,000 fewer educators in America's public schools today than there were before the pandemic.24

Schools compensate for this with a culture of multiple hats. The football coach also teaches history, the math teacher directs the drama club, the facilities director also supervises the study hall, and the vice principal chaperones the 8th-grade field trip. Stretched as thin as they are, staff rarely can take on extra projects which could improve air quality, (e.g., overseeing a structural renovation, auditing an art supply closet for toxic substances, or retraining staff in sustainability or air quality.)

One other obvious but important note: a teacher's peace of mind isn't only to the benefit of the teacher, but also to the benefit of students. A 2020 literature review on the subject identified multiple ways that teacher burnout is bad for students—ranging from reduced lesson planning to students internalizing a teacher's withdrawal as a reflection on themselves.25

The negative effects of poor indoor air quality (especially COVID-19's effect on performance) naturally lead to the question of what can be done about it. As McKinsey & Company states, “the scope of action is already clear. The immediate imperative is to not only reopen schools and recover unfinished learning but also reimagine education systems for the long term.”26

We will be using the next 3 installments of this blog to discuss what this reimagining might look like, with a heavy dose of practical consideration for the immediate reality. We believe these proposed solutions will be a valuable resource for school district leaders, so please follow us on LinkedIn. Or you can contact us directly using the button below.